“For you created my inmost being; you knit me together in my mother’s womb.
I praise you because I am fearfully and wonderfully made;
your works are wonderful, I know that full well.
My frame was not hidden from you
when I was made in the secret place, when I was woven together in the depths of the earth.
Your eyes saw my unformed body;
all the days ordained for me
were written in your book before one of them came to be.”
Psalm 139:13-16 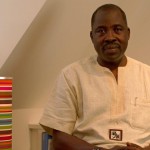 In 1982, I was a student at the University of Lomé in Togo. The course was very hard (only 7 or 8% of students succeeded in passing the end-of-year exams). For me, it was also a time of personal crisis: What should I do with my life? What was the purpose of my life? I had grand dreams. One of my dreams was to become a professor and be appointed to a chair by the time I was 32. But my “grand dreams” had been disrupted by the civil war in my country. I had spent two years without going to school. Even once I started studying again, I was still struggling with the question: “Why did God allow my studies to be disrupted?”. Actually, despite my faith in God, my future plans had always been centred on myself.

One day, I received a message from a sister and friend. We were both members of the CU. We used to share and pray together from time to time. That day, she wrote me a letter to encourage me. It contained these words from Psalm 139.

I had obviously read this passage before. But, that day, the words took on a new meaning for me. As I read these verses, I felt at first as if I was frozen to the spot, unable to move, just as if I had made an important discovery. A river of sense, understanding and meaning was at last pouring out from this passage. It was an overwhelming revelation for me and was to change the course and meaning of my life. At last! God had enlightened me, had opened the eyes of my heart to the real meaning of my life.

I am neither the product of natural chance nor the expression of life’s vanity. So much more! I am particularly loved by God, by the infinite God. As I am created in his image, I reflect his beauty, despite the ugliness the traces of sin’s bites have left upon me. My life is God’s project. It is also a great and good project in God’s eyes, even if I had not been fully aware of it until then. For I was making my own plans; I was dreaming of becoming someone important without really taking God into account in my plans.

This passage was also a clear and specific invitation made to me by God to place myself entirely at his service. If God knows me so thoroughly, if my life is his project, is he not the best guide for my present and my future, which he unfolds? I felt it was a passage of calling and consecration to God.

This passage is still a source of encouragement for me today. When faced with the choices of life, this passage reminds me that I need to turn my eyes to my creator to be guided into the right path. He is the one who unfolds our lives.  This passage from the Psalms surrounds me again and again. May God be praised for his living and life-giving word.